So, you’ve got this idea for a new product, an app, a technology, a service, something you think is pretty cool. You have dreams of working for yourself, setting your own hours, making the big bucks, or being the next Entrepreneur of the Year. But is this the idea that will get you there? Time to take a good look at it.

Any idea can be evaluated in seven aspects: 1) painkiller or vitamin, 2) monetization, 3) simplicity, 4) relevance, 5) resources, 6) market size, and 7) “secret sauce.” For each aspect, grade your idea on a scale from 1 to 5, with a score of 5 ranking highest. Let’s go through the seven steps to evaluating your product idea and put it to the test.

Here’s my idea: At-Home Reusable Food Container Pick-up and Delivery Service. In short, instead of washing dishes by hand, you can use these reusable and recyclable containers for packing and eating meals. Rinse and store the dirty ones for pick-up each week, when a delivery of clean new ones arrives. Is this idea worth doing? Just how “good” is it?

1. Is It a Painkiller or a Vitamin?

For consumers who wash dishes by hand (because they have no dishwasher), this idea is a painkiller because it solves a problem for them, assuming they don’t like dedicating time to hand-wash dirty dishes. Plus, for consumers who prefer to pack their lunches each day and are environmentally conscious but don’t have regular access to recycling services, this idea is a vitamin, as it addresses an emotional need by relieving some of the guilt they feel when they throw away items that could be recycled.

This service would be funded by the consumers who pay to have fresh containers delivered and dirty ones picked up. For this idea, the point at which the cost of service would outweigh the benefit (mostly time savings) is to be determined and would definitely need further research. This is best determined by actually asking people to put up cash to reserve a spot in line for the new product, rather than just asking people if they would pay for it. For the purposes of this exercise, let’s assume the numbers make sense.

3. Is It Simple and Easy to Describe?

How long does it take you to explain the idea to someone who’s never heard it before – 10 second or 10 minutes? How complex is it? Simplicity is also a good indication of how easy it will be to market and promote your product. If consumers “get it” quickly, they are more likely to buy in. This idea can be boiled down to two sentences, as stated above. It’s simple.

4. Is It Personally Relevant?

This idea matters to me, as I am a consumer without a dishwasher in my apartment, and without regular access to recycling services. Plus, I truly like the idea of reuse instead of recycle. Truth be told, it all comes down to having that dishwasher. I always choose china over paper plates because the guilt of adding to landfills eats at me. I suspect this will not always be the case, so this idea may not continue to be personally relevant for me.

5. Do You Have Resources?

Though I have some basic knowledge about recycling, my insight is limited. There would be lots of legwork to investigate operations. What kind of materials should the containers be made of? How do you sanitize the containers? What are the options for pick-up and delivery? Not only is time a factor, but start-up funding as well. Personally, I’d need outside funding to bring this idea to fruition.

6. Is There a Large Market?

There are a handful of non-scientific methods to estimate the potential market for your product idea. One is to simply use widely available public data about a particular industry. If your target audience closely resembles a breakdown in data that’s already accessible, you can simply use this. A second approach is the top-down approach where you begin with a full population (individuals or households), and then narrow it down based on your target audience. A third approach is bottom-up sizing where you estimate the overall market revenue of all related competitors. Check out this awesome example of the three methods in action.

For my idea, I tried the top-down market sizing method, starting the with entire population of American households that are both renter occupied and have an annual total income of at least $50,000. That’s 5.75 million households. My logic: 1) Renters are less likely to have a dishwasher – validated by the Census Bureau’s data that only 51.7% of renters have a dishwasher, compared to 78.5% of homeowners; and 2) You must have some disposable income to pay for the service – meaning you are in the 3rd, 4th or 5th income quintiles.

Next, I need an estimate of how many of those households do not have a dishwasher. Census Bureau figures show that each relevant income quintile reports having a dishwasher like this: 71.1% in the 3rd quintile, 80.4% in the 4th, and 90.2% in the 5th. I’ll use an average of 81%, so that leaves our market at 19% – the percentage of households without a dishwasher. Of the 5.75 million households, that leaves 1.09 million.

Of those 1.09 million households, not everyone will be interested in a service to relieve their guilt about recycling. In a Gallup poll, 83% of those surveyed said that in the last year, they had either made major or minor changes to their shopping and living habits to help protect the environment. And of those who made changes, the top-reported change (at 39%) was to recycle, or recycle more. Of our households, let’s say 83% would potentially use our product. That’s 906,775 households.

Assuming the service costs each household $40/month on average, then the market size estimate on an annual basis is over $435 million. Not too shabby.

Just because you dreamed up this idea, you may not be the right person to see it through. Every good idea needs a “secret sauce” – an element that is unique to the product and cannot be easily replicated. It can come in the form of a patented technology, specialized knowledge, or an extraordinary talent related to the idea. So far, the evaluation of my idea is encouraging, but I have no secret sauce that’s related – no inside information or no unique understanding – and this idea could easily be replicated by a competitor.

Evaluation Results: Add It Up

Summing all scores, my reusable container service idea is a 24.

Given that the lowest score is 7 and the highest is 35, this idea is a solid “B” on the grading scale – promising, but more research and serious dedication are needed to fully flush it out. 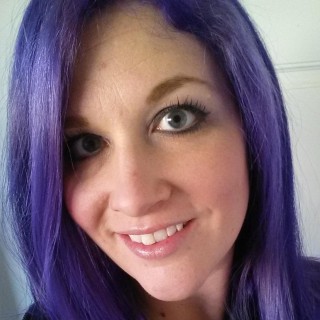